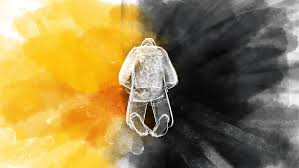 This might seem obvious, but we can’t overcome disappointment with God if we don’t admit it to ourselves and to him.

You may be tempted to overwrite your emotions by saying “God has a plan, I just don’t know what it is,” or “When God closes a door he opens a window.” But if we don’t actually admit that we’re disappointed, hurt, or frustrated, those cliches are like putting a bandaid over a severed limb. They really don’t help at all.

Admitting that we feel disappointed in God can be hard and uncomfortable for some people. But it’s a necessary first step to overcoming a major obstacle to our faith.

Martha believed that if only Jesus had acted earlier, he could have changed the whole situation. A lot of us feel similar. As N.T. Wright says:

“If you’re like [Martha], and if you have an ‘if only’ in your heart or mind right now, put yourself in Martha’s shoes. Run off to meet Jesus. Tell him the problem. Ask him why he didn’t come sooner, why he allowed the awful thing to happen”

It doesn’t show a lack of faith to admit that you’re disappointed with God. In fact, it shows faith that you can move forward. Don’t be shy, let your frustration fly so that you can clear the air and make room for something new. Pray it out, write it out, talk it out, do whatever you need to release that disappointment.