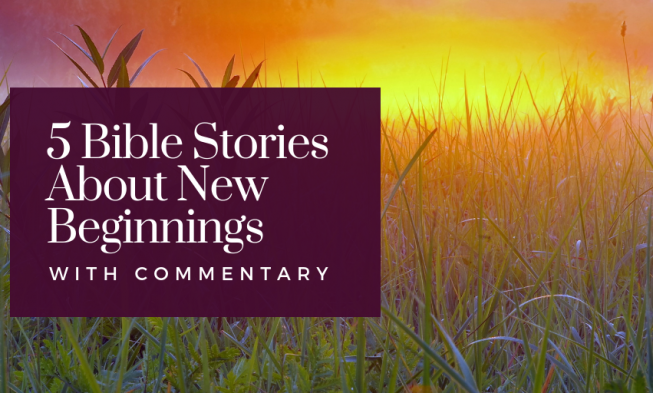 Moses: From Prince to Fugitive to Shepherd to Leader

After Moses’ fled Egypt for his life after killing an Egyptian who was beating a fellow Israelite, Moses must have felt that his life was basically over. From a powerful prince in Egypt and the likely heir to the Pharaoh, he was reduced to a fugitive and now a shepherd.

The Egyptians despised and looked down on shepherds and Moses must have known this for Stephen said to the council after he was arrested for His belief in Christ,  Now that Moses was a simple shepherd, he must have resigned himself to a life in the desert tending sheep but later he would be a shepherd, not of sheep, but in bringing out the nation of Israel.

Moses found favor in the Lord God and God told Moses “I have known you by name” (Ex 33:17) and then Moses actually saw a glimpse of the glory of God (Ex 33:21-23). What a new beginning…from a fleeing fugitive from murdering an Egyptian official to a shepherd in the desert and finally, seeing God and bringing out the entire nation of Israel and later, to have the law (the Mosaic Law) named after him for all later generations of the children of Israel, even up to Jesus’ day.

Gideon: From Hiding to Hero

Gideon was “was beating out wheat in the wine press in order to save it from the Midianites. The angel of the Lord appeared to him and said to him, “The Lord is with you, O valiant warrior” (Judge 6:11-12). Imagine the angel of the Lord calling Gideon a “valiant warrior.” This was the same description given to Jonah about the mighty city-state of Nineveh that they had mighty warriors.

Gideon must have looked over his shoulder and said, “who me?” because he answered the angel of the Lord by saying “how shall I deliver Israel? Behold, my family is the least in Manasseh, and I am the youngest in my father’s house” (Judge 6:15).

God answered Gideon that He would be with Him and if God is with you, who can be against you (Rom 8:31)? Gideon went from the least of his family and the least of the tribe Manasseh to them saying to him “Rule over us, both you and your son, also your son’s son, for you have delivered us from the hand of Midian.” But Gideon said to them, “I will not rule over you, nor shall my son rule over you; the Lord shall rule over you (Judges 8:22-23). I love Gideon’s humility because he said that the Lord shall rule over them and like George Washington who, after the war, was asked to be their king declined. Gideon went from a zero to a hero but by God’s hand alone. For Gideon and for Israel, it was a new day and a new beginning.

Esther is all about God’s divine timing and intervention. Esther “had no father or mother” (Esther 2:7) so she certainly must have had a humble life but when King Ahasuerus deposed Queen Vashti (Esther 2:7), Esther found favor in the king’s eyes (Esther 2:9).

When the Jews were threatened by a decree that they all be killed and so Mordecai came to Esther to ask her to intervene on behalf of the Jews and speak to the king about this. At first she was reluctant but Mordecai saw God’s hand in this and told Queen Esther that “who knows whether you have not attained royalty for such a time as this” (Esther 4:14c)?

Esther courageously said that she would enter the king’s court at the risk of her own life but said “I will go in to the king, which is not according to the law; and if I perish, I perish” (Esther 4:16). The Jews were sparred and so was the life of Queen Esther, who was an orphan but rose to the position of Queen under King Ahasuerus who “reigned from India to Ethiopia over 127 provinces, in those days as King Ahasuerus sat on his royal throne which was at the citadel in Susa” (Esther 1:1b-2). This orphaned Queen now ruled with the king over the greatest empire at that time.

of Israel David’s rise was meteoric to say the least. When Samuel had to look for a king to replace King Saul who had disobeyed God one times too many then God told him to have Jesse bring his sons to see which of these would be king. Most assuredly it was thought that it would be the eldest son.

When Jesse “saw Eliab and thought, “Certainly, here in the Lord’s presence is his anointed king But the Lord told Samuel Don’t look at his appearance or how tall he is, because I have rejected him. God does not see as humans see. Humans look at outward appearances, but the Lord looks into the heart” (I Sam 16:5-6).

God selected David, a small teenage boy who was a shepherd. Once again, God chooses those who the world would not. Later, David had to run for from King Saul and scholars say it could have been from between seven and 13 years but according to most they believe it was for eight years. David had to hide in caves and he was not sure if he would even survive (see Psalm 57, possibly Psalm 63 and several of the first 35 Psalms) but survive he did and then he thrived as King David ruled over the greatest period for the Kingdom of Israel in their entire history.

Hebrews 11 is described as the Hall of Faith and many of these heroes and heroines in the Bible are not all given names. Hebrews 11:32-39 says “And what more shall I say? For time would fail me to tell of Gideon, Barak, Samson, Jephthah, of David and Samuel and the prophets— who through faith conquered kingdoms, enforced justice, obtained promises, stopped the mouths of lions, quenched the power of fire, escaped the edge of the sword, were made strong out of weakness, became mighty in war, put foreign armies to flight.

Women received back their dead by resurrection. Some were tortured, refusing to accept release, so that they might rise again to a better life. Others suffered mocking and flogging, and even chains and imprisonment. They were stoned, they were sawn in two, they were killed with the sword.

They went about in skins of sheep and goats, destitute, afflicted, mistreated— of whom the world was not worthy—wandering about in deserts and mountains, and in dens and caves of the earth. And all these, though commended through their faith, did not receive what was promised.”

We hope you enjoyed this message! Video Sermons below.