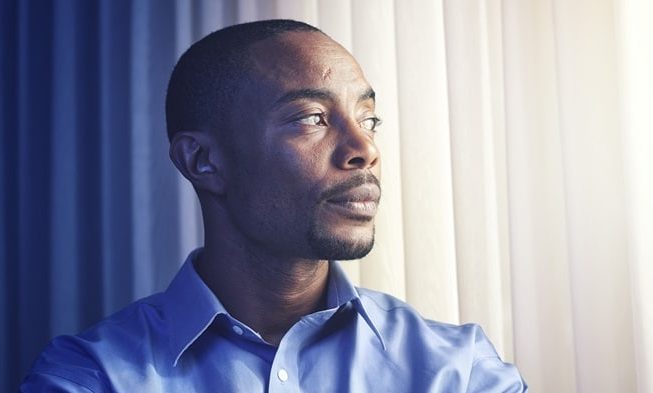 I was born in Liberia, West Africa, where my father served in the Special Security Service of President Samuel Doe (no relation), who had come to power through a violent military coup ten years earlier. His regime suppressed political opposition and rigged elections to stay in power. The “freedom fighters” had come to remove him, starting a war and killing anyone who worked in Doe’s government and anyone from his tribe. This was the situation in Liberia in August 1990.

While the world was focused on Saddam Hussein and the Iraqi invasion of Kuwait, millions of Liberians were in the middle of a bloodbath. I was 11.

A year earlier I had lost my mother to illness. Now my father’s life was in danger. A few weeks before the rebel soldiers arrived, he had instructed me to go live with my brother, Roosevelt, and his wife.

The rebels were ruthless, murdering innocent people on the barest of suspicions.  While we hid, we ate one small meal a day, mostly rice and greens. Meat and clean water were scarce. Hope was scarcer. We lived on fantasies of food. The damage seemed beyond repair, and my innocence was irretrievable.  Roosevelt and I left Liberia on a refugee ship bound for neighboring Ghana in early November. Life was just returning to normal when I received word that my father had been killed. He had turned himself in to rebel forces on the promise of freedom for answering questions, and was never seen again.  I was an orphan.

Like many Liberians, Roosevelt and his wife were Christians. We went to church, but I had trouble believing in prayer. I had prayed that my mother wouldn’t die, and she did. I had prayed that my father wouldn’t die, and he did. Now I was scared to pray that my brothers and sister wouldn’t die.  And so my life’s goal changed. I wanted to find the soldier or soldiers who made me an orphan and make them pay. Wartime fantasies of food were replaced by fantasies of vengeance.

After barely graduating high school, I enlisted in the US Army with hopes of learning to use a deadly weapon.

But about halfway through basic training, I was medically discharged due to a mild heart condition. I came home utterly embarrassed. What had my life become?  With no connection to God and no real walk with Christ, I had no source of comfort and no sense of purpose.

To make matters worse, Roosevelt —the only family member I knew —had a sudden heart attack at age 38. He slipped into a coma and was rushed to the hospital.

Alone in our home, I sat paralyzed in the basement, where I slept. For hours I wept in complete darkness. In that darkness, I turned to God. At first, all I had was one question: “Why?” I listed all the things that I blamed him for: Ma, Pa, the war, separation from family, their suffering, my disappointments—and now my brother, my beloved brother. I blamed God. Why?  I also blamed myself. Guilt overwhelmed me. I had chosen to hold on to the pain of my past and to nurse my desire for vengeance. I realized, in that darkness, that I could keep those fantasies alive, or I could relinquish them once and for all. I begged God to forgive me. I would let go of revenge and rage. I asked God, from the sincerest and deepest part of my heart, to save my brother.

Four days later, I got news that Roosevelt would recover. That answered prayer was the first step in my journey to faith.  Still, it took years to trust God completely. As I grew in my faith, my mind—once a desert swept by anger and despair—became fertile ground. For years I had comforted myself with the fantasy of killing the man who had killed my father. The roots of that destructive pattern went deep.  It wasn’t until 2008 that I began truly walking the road of forgiveness. I decided that I wanted to take the chance and find my father’s killer. At first I wasn’t sure what I would say. I sat across from an empty chair in my dining room and practiced saying, “I forgive you.” Sometimes, my monologue would get so intense that I would stand up and scream or break down and cry. I decided to travel halfway around the world to offer this man what Jesus offered me.  In 2010, at age 31, almost 20 years after I had left, I made my way back to Liberia. But I did not meet my father’s killer. He had died in the fighting. Even so, I forgave him. In that trip, God answered prayers, though not in the way I expected. Even without the fulfillment of my own plans, I could live in peace. I could forgive.

We hope the message blessed you Amen!